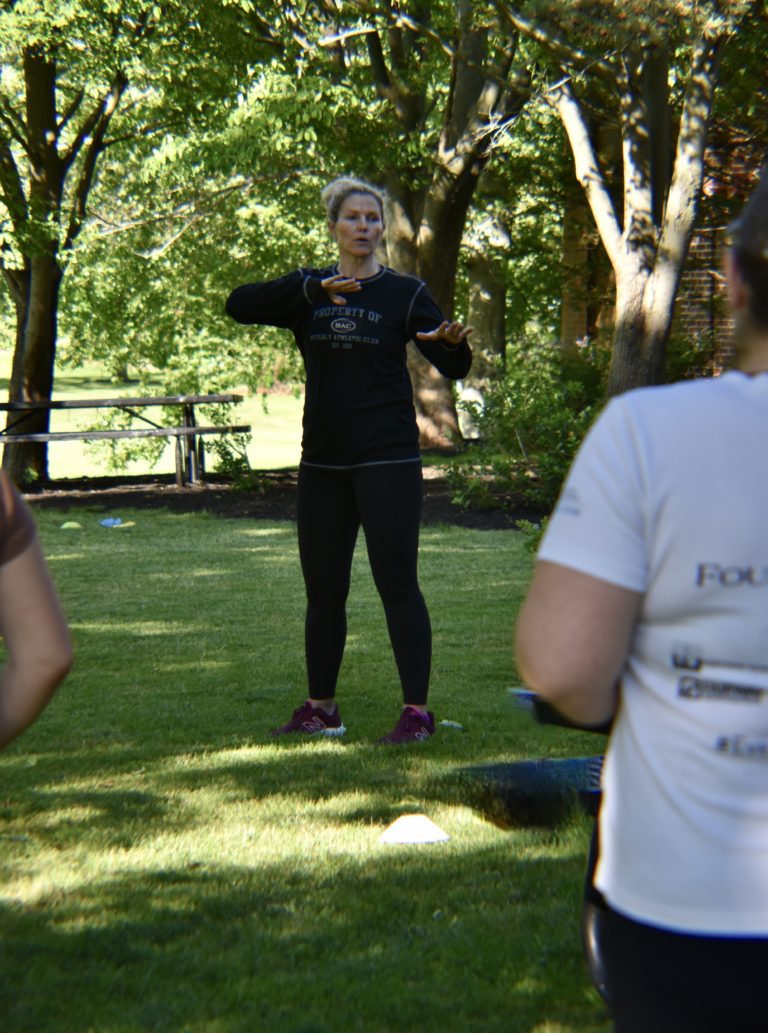 When the Beverly Athletic Club reopened after the shutdown, there was a lone group of members who would wake up at dawn, get their workout gear and head to the BAC parking lot to workout. This group of dedicated members would bring their laptops and virtually stream the exercise class that Sarah Lesser was instructing just meters away from inside the club.

Lesser and the Beverly Athletic Club was taught a powerful lesson during the next year as these outdoor classes continued, about dedication and resiliency but even more impressive was the power of connections. Lesser speaks clearly about her dedication to the BAC and its members, which she firmly believes has everything to do with community and an interconnectedness. Something that Lesser knows quite a lot about in her personal life which is the bedrock on which she instructs classes today.

It began 12 years ago prior to her becoming an instructor. Lesser decided to be a surrogate for her brother and sister-in-law, and during this time wanted to get into better shape for the health of her now nephew. “My brother approached me after I gave birth to his baby and prompted me to start running. My brother is an Ironman competitor and told me, ‘you gave ten months of your life to this baby, now you need to do something for yourself.’ I joined the Beverly Athletic Club, ran a 5K and started taking a bunch of classes. He motivated me to run and get into shape.” Which lead Lesser to begin her professional path at the BAC as a well-liked and respected instructor.

General Manager Andrew Gallant speaks of Lesser as having a dedicated following and when the group class started working out in the parking lot with their laptops in tow, he decided to install a screen so that the classes could be virtually accessed in the parking lot. Shortly thereafter Lesser brandished a snow suit, mittens and a hat to join this collective tribe outside with face-to-face instruction. But Lesser smiles as she explains how important relationships are with the instructors as well as the other members within every class.

“I’m a big fan of the BAC. The members are awesome. The staff wants to be here and they are dedicated, so good at what they do. But you better not give me your phone number because I text members all the time asking them if they are coming to class, with reminders or asking where they’ve been. I try to motivate people in the same way that I get motivated but I’ll also read the room and try hard to make it a good experience that you will want to come back to again and again.”

Lesser was instrumental, along with colleague Nicole Celso, in maintaining an online community during the shutdown instigated by COVID and speaks clearly about the importance of maintaining those relationships. “I really liked that we kept our community together when we closed. I’d set up the virtual call early before class and keep it going after the class, so that people could chat and maintain their friendships with each other. It was mainly due to the virtual classes and outside workouts where fortunately I never felt like I missed out socially during the pandemic.”

The American Council on Exercise and Brandon Irwin, a researcher out of Michigan Stage University published an article in 2012 stating exercising with a partner who is perceived as slightly better than you could increase your time and intensity by as much as 200 percent. Many of the instructors at the BAC have witnessed this to be true including Lesser and she urges people who have been accessing home gyms, a necessity during the pandemic, to return to the gym for not just the psycho-social perceptions as described above but for the sense of community that so many have been missing.

“A lot of people got used to doing things at home. The gym was very social before 2020. The shutdown happened and many had found working out at home was quick and easy. I have convinced some people to return to the gym, who then tell me just how much they missed being motivated by others and being pushed by the instructor. My favorite thing about my job is to watch people getting motivated, feeling so much stronger and seeing them accomplish their goals. That’s why I’m always going to push you, get you out of your comfort zone and make you work harder.”

Lesser is also quick to remind that these connections begin to mean more than the classes, which is a motivator as well. When it’s someone’s birthday she’ll bring donuts to class, every thing in moderation she’ll quip. Or she’ll match birthday music to the workout to lighten the mood. All told Lesser seems to have a sixth sense about this necessity that has been missing with so many members, a need for community and a sense of belonging. That’s why you may hear a gentle suggestion from Lesser to all individuals who are working out at home, “I encourage everyone…just come back.” Trend or modus operandi. What even is a health coach?

Trend or modus operandi. What even is a health coach?

Fitness News
Last December as most gyms were exiting the isolation of... A lobster has a lot more in common with a fitness plateau than you think.

A lobster has a lot more in common with a fitness plateau than you think.

Fitness News
Hitting a plateau in your fitness routine and weight loss... A good night’s sleep, how important is it?

A good night’s sleep, how important is it?

Fitness News,Health Tips
“Imagine a world where you wake up with your first... 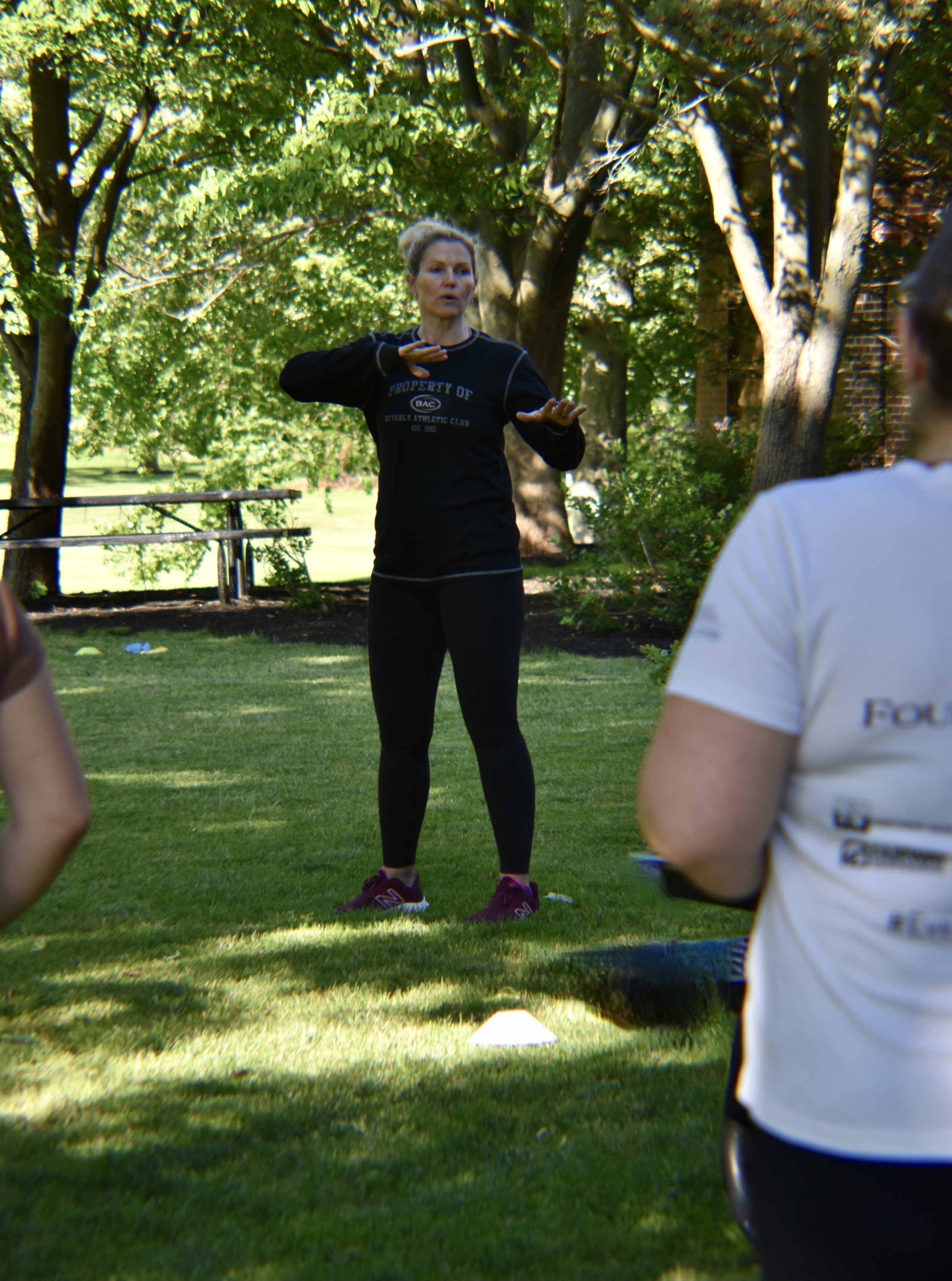 Success Stories
When the Beverly Athletic Club reopened after the shutdown, there...